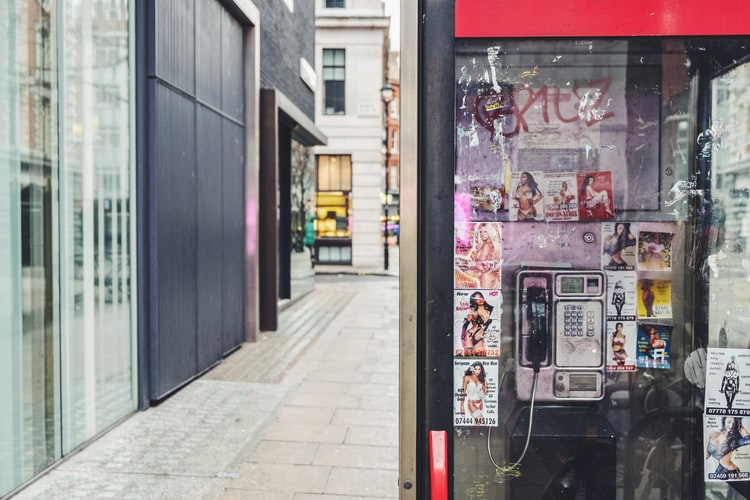 How times have changed in the Last 15 years for clients seeking adult services in Central London , 20 years ago mobiles were not as common has they are today in fact the main way for a client to seek adult services was through the cards in the phone boxes on the busy Central London High streets,it was different back then with the phone boxes smothered from top to bottom at the back and down both sides ..no one saw the internet coming or the effect and the change it would have on London Escort /Massage /working girl/ BDSM/ Transsexual scene …The London cardboy would get his cards from the flats that were used by the working girl .

Doms Subs & transsexuals with his black waistcoat on pockets filled with cards mostly with photos of models not in the slightest resembling the girl he was putting them out for ,The cardboy would usually go out in a group as they would take turns to look out for the police in particular those in plain clothes , the cardboy was the only communication in Central London for those seeking adult services along with newspapers such as Exchange and Mart , Time Out and some local West End papers ….. around 2003 – 2004 a new law was passed which saw the established cardboy(s) not prepared to take a custodial sentence as punishment instead of the usual slap on the wrist, their were were replaced by drug addicts whom along with some very obscene cards that started going up in the Edgeware Road area at that time almost saw the cardboy scene go extinct till this very day also around that same time(2003-2004) the internet began to become very popular and most London adult advertisers began having their own websites built and the rest is now history !! Today you will have to find the London Escort services you are looking for via the internet or magazine in a newsagents :-)..oh and the odd occasional card in a phone box.